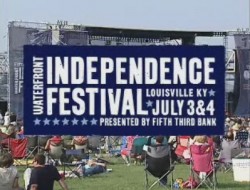 That was the year the board of Waterfront Development Corporation (WDC) engaged the services of Griffin Fundraising and Marketing to help them define the feasibility of their “big dream” for the park and one of their largest events at the time, the Independence Festival.

The Independence Festival (Festival) began in 1989, ten years before the opening of 55 acres we all know today as the core of the park. By 2003, fourteen years later, the Festival became the seventh largest event in the region with an attendance of over one hundred thousand. It was one day of family fun, recreation, music and fireworks. As a free event, the Festival was a meeting place for the entire community to celebrate our independence.

In 2003, the board had a vision for the Festival to further enhance the quality and appeal of the event to both the diverse local audience and the regional tourists.  To roll out that vision and “big dream” to city and regional leaders, Griffin Fundraising and Marketing was tapped to conduct a Planning Study for the Waterfront Independence Festival. From that planning study major changes and suggestions were given to help make the board’s big dream a reality. It was from that planning study that the two day Independence Festival was created. A corporate sponsorship plan was also identified and rolled out to the community. It was in 2003 that the long time presenting sponsor of the Festival was named. From 2003 to 2013 the Independence Festival was an opportunity for every part of the community and region to celebrate the history, government, and traditions of the United States. It is our hope that community support will again allow the city to do just that on our waterfront in 2015. 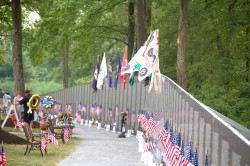 For 2014, a national group has provided a gift to celebrate the history, government and traditions of the United States this Independence Day. The Vietnam Helicopter Pilots Association, a client of GF&M’s, is holding its national reunion in downtown Louisville this weekend. As part of their programming, they have brought the American Veteran Traveling Tribute’s 80% replica of the famous Vietnam War Memorial in Washington, D.C. from July 2nd to July 6th on the South Great Lawn in Waterfront Park. Additionally, the Reunion is setting up a static display of helicopters used in the Vietnam War near the river on part of the North Great Lawn in Waterfront Park that is open to the public on the 3rd and 4th. A Combat Assault Re-enactment starts at 4 pm on the 4th. This promises to be a very special 4th of July evening indeed!